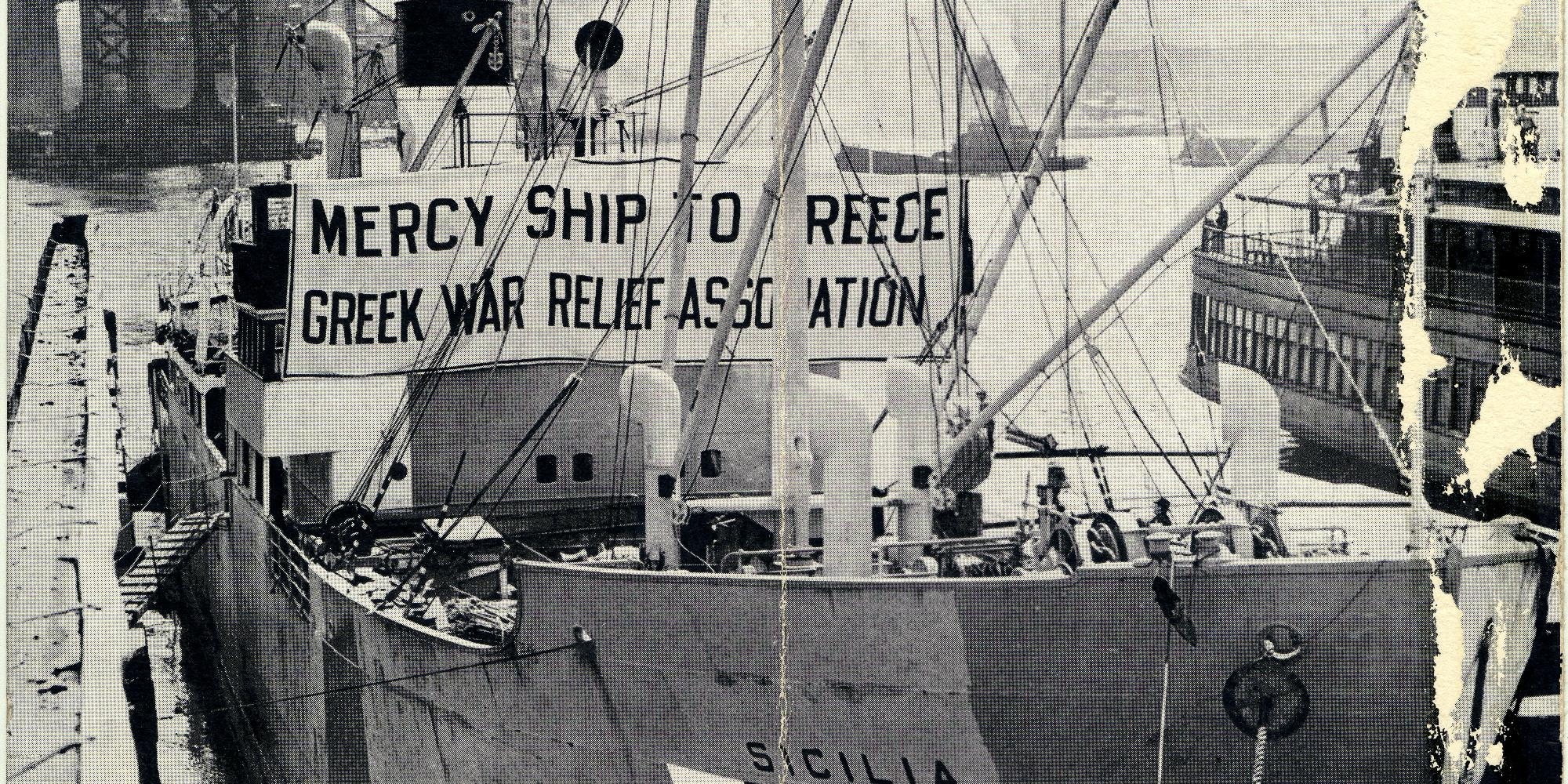 Shortly after OXI Day, October 28, 1940, and in anticipation that Greece would need assistance and relief, Archbishop Athenagoras, leader of the Greek Orthodox Churches of North and South America, convened a meeting on November 7, 1940 with Greek community representatives an on November 8, 1940, they formally organized the Greek War Relief Association (GWRA), which the U.S. Department of State licensed to raise funds for Greece. Athenagoras appointed Spyros Skouras, then president of 20th Century Fox Films, as the GWRA National President.

Within a week, 350 church communities and more than 2000 associations and fraternal organizations from across the United States, Canada and South America joined the GWRA, embarking on the mission to raise money and awareness as well as send aid in the way of food, medical supplies and clothing. In a matter of months, there were 964 local GWRA chapters.

From October 1941 through March 1945, the GWRA sent 101 successful relief missions to Greece. This translated into approximately 600,000 tons of wheat and other foodstuffs, 3,000 tons of clothing, and 20,000 tons of medicine and related goods – a value of more than $100,000,000. The GWRA relief missions significantly helped the people of Greece to survive until liberation reached their country.