Reasoning Behind the Myth

The Cyclopes are a monstrous race acknowledged throughout the ancient world. They are found in the tales of Homer and Hesiod, partially because of monstrous bones that were discovered, fueling the idea. Othenio Abel, an Austrian paleontologist, reasoned that the Greek myth of the Cyclopes was a result of the discovery of fossil elephant skulls in Mediterranean coastal caves; the large nasal cavity in the middle of the skull looks like the eye socket of a giant creature. 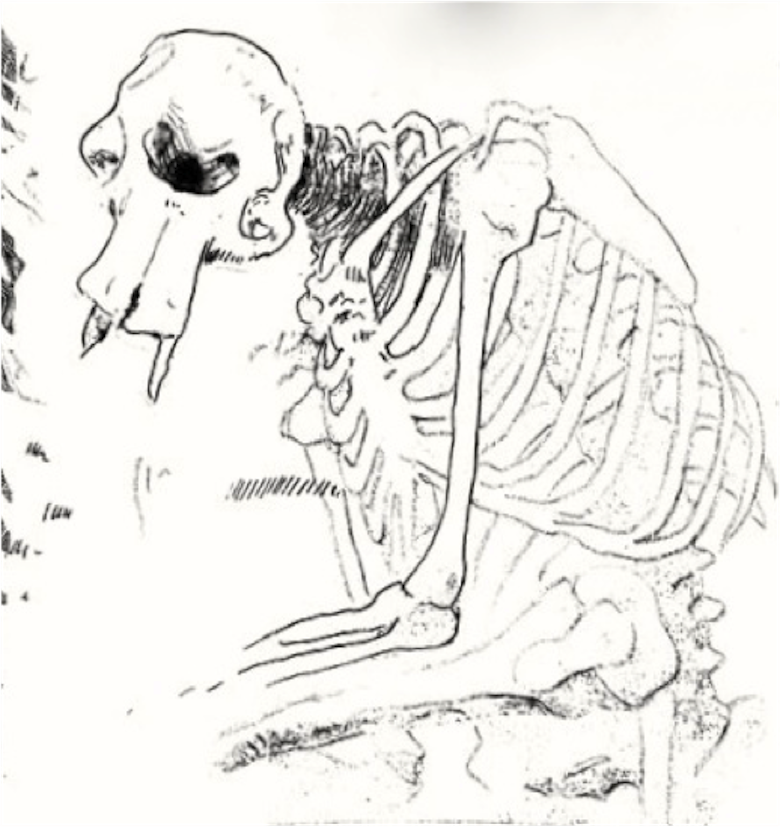 Map of Homeric Greece, coastal outline based on Map of Greece, from CIA World Factbook

Whether the ancients considered the Cyclopes race extinct is unknown, though ancient primary sources seem to indicate that they were rare but still existent. During the time of Homer, the Greeks had only explored a small part of the world. It would have been entirely reasonable for an ancient individual to believe that large and monstrous creatures were living in far-off and mysterious places. 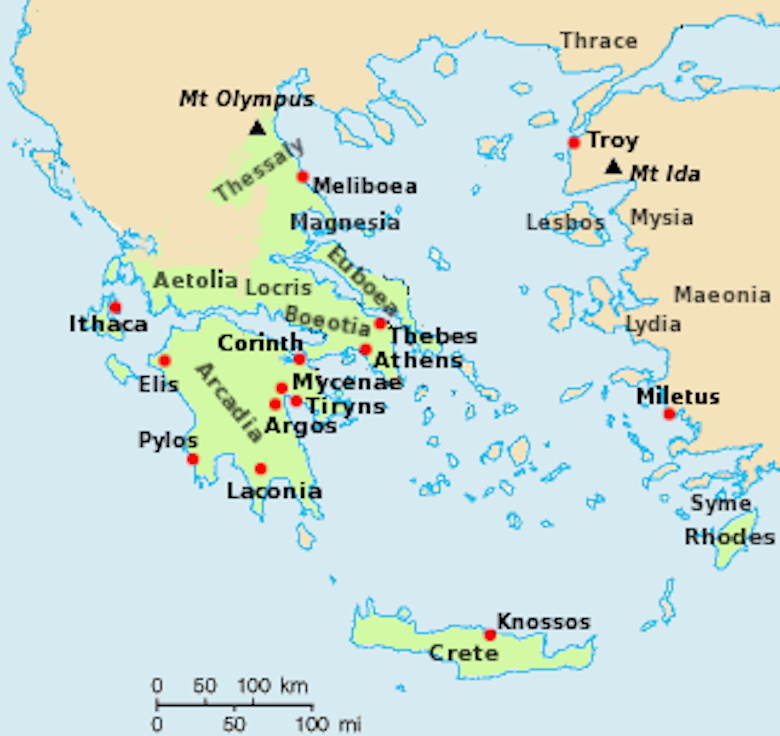 From the Getty Villa Collection

Writing of Polyphemus, Homer claims, “There a monstrous man was wont to sleep, who shepherded his flocks alone and afar, and mingled not with others, but lived apart, with his heart set on lawlessness.”

In Homer’s time, the security of remaining within the boundaries of an insulated region gave way to the need for goods from outside the Hellenistic world, and more extensive trade with other regions had started to increase. Therefore, the intermingling of different areas would have been common, making the isolation of Polyphemus appear strange and uncivilized. 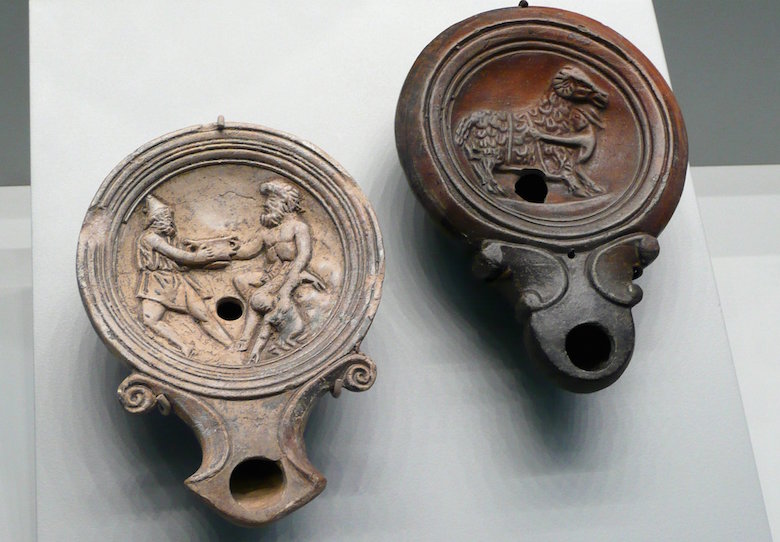 Polyphemus and his fellow Cyclopes had all the resources needed to broaden their knowledge and see the world. They had harbors that would have allowed for ships and trade, but they did not want to leave the comforts of their self-sustaining island. On the other hand, the Greek civilization was noted for its navy. The acts of isolation by Polyphemus and the other Cyclopes limited their access to new knowledge. Homer writes:

For the Cyclopes have at hand no ships with vermilion cheeks, nor are there ship-wrights in their land who might build them well-benched ships, which should perform all their wants, passing to the cities of other folk, as men often cross the sea in ships to visit one another—craftsman, who would have made of this isle also a fair settlement. 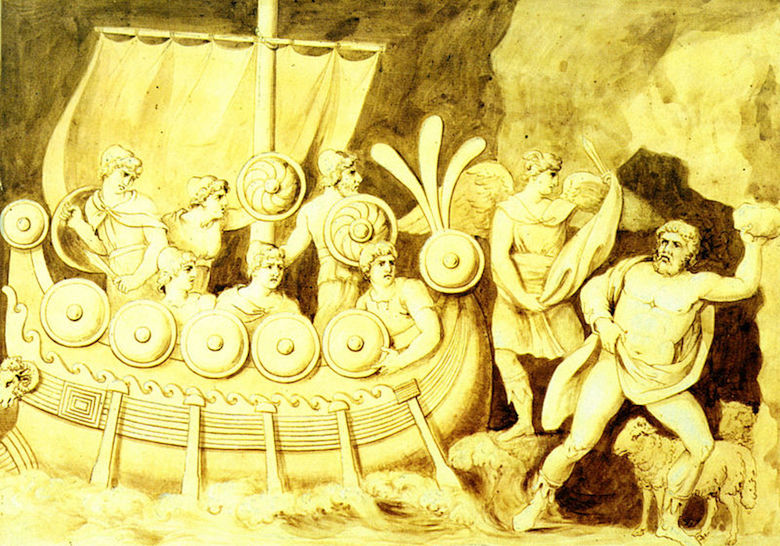 The Greeks would have considered the lack of community and social structure among the Cyclopes to be primitive and barbarous. In the classical period of the 5th and 4th centuries B.C., there were hundreds of communities of Greeks scattered around the Mediterranean that spread from the Aegean to Turkey, southern Russia, Spain, and North Africa. These populations were more like kinship groups that were organized by hereditary tribes. These areas would evolve into the concept of a polis. The idea of living on the outskirts of society would have been strange to the Ancient Greeks. 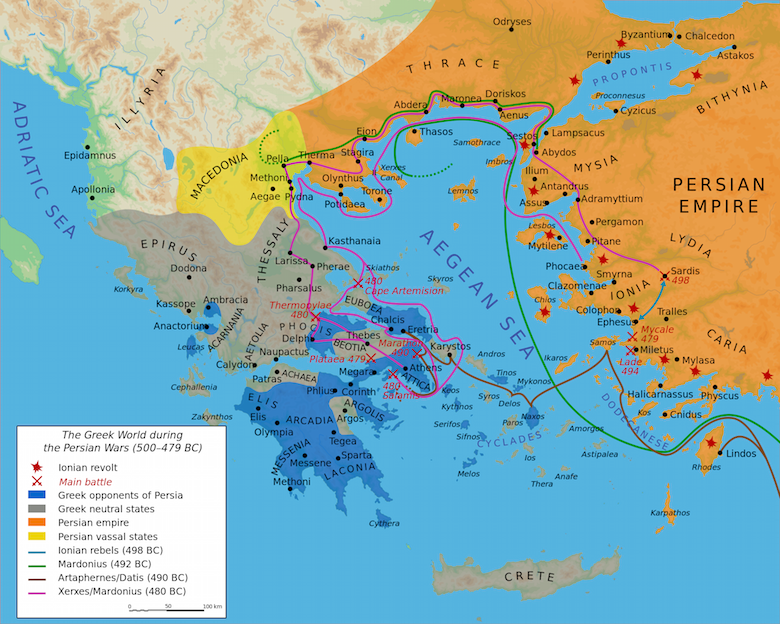 Homer writes of Polyphemus proclaiming, “...the Cyclopes reck not of Zeus, who bears the aegis, nor of the blessed gods, since verily we are better far than they.”

A taboo of Greek culture that Polyphemus and the Cyclopes epitomize is a disrespect of the gods. Showing and voicing such a blatant disrespect for the gods, especially Zeus, would not have been tolerated in Greek public life. The structure of Greek religion did not allow for high levels of individualism, but instead,emphasized the sense of belonging to a community and the need to follow societal norms. In the end, Polyphemus scorning the gods would not only have been seen as an affront to the gods themselves, but also the state, and the Greek world as a whole. 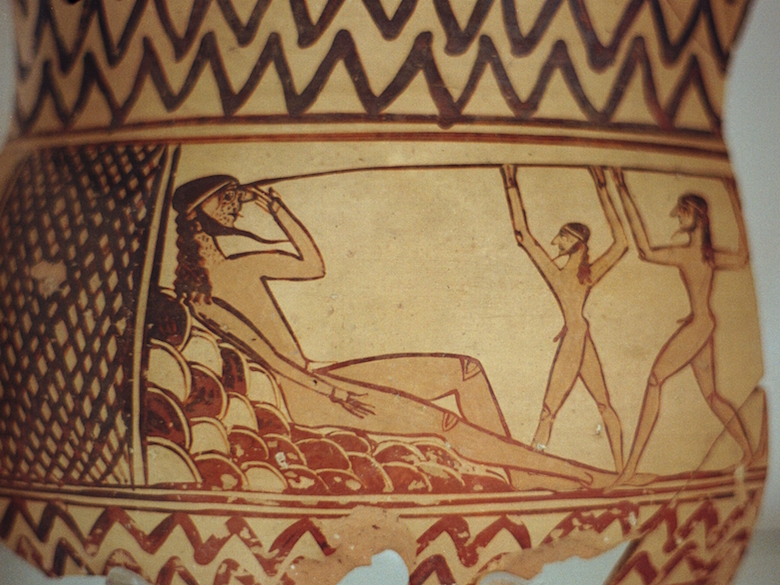 If the conduct of Polyphemus was considered barbaric and deplorable, what then was good behavior? How should one conduct himself? Homer’s audience certainly would have concluded that Odysseus was a model citizen. 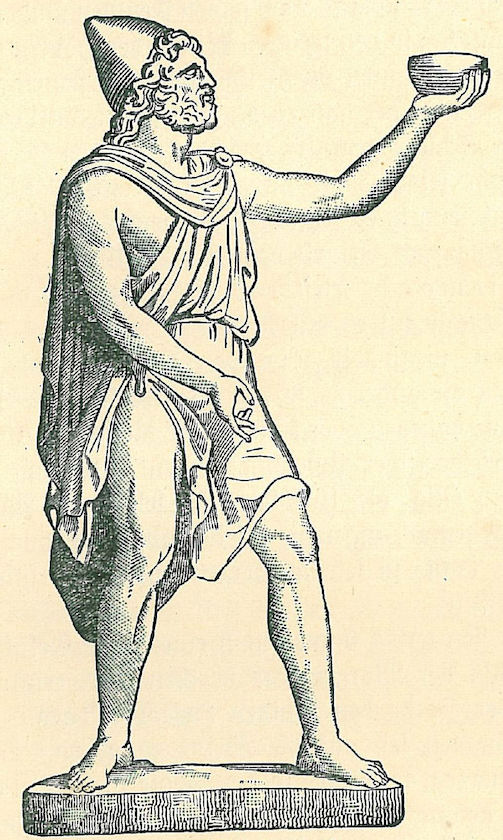 A moral and upright Greek individual was one who was part of a larger community and active within that group. 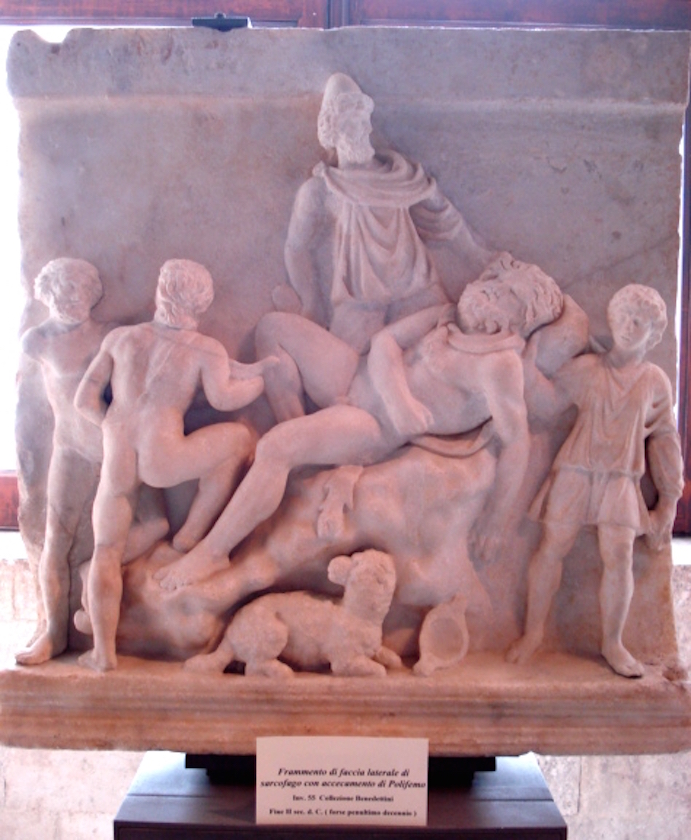 Odysseus expanded his awareness, wisdom, and experiences through the trials of his journey to war and back home. 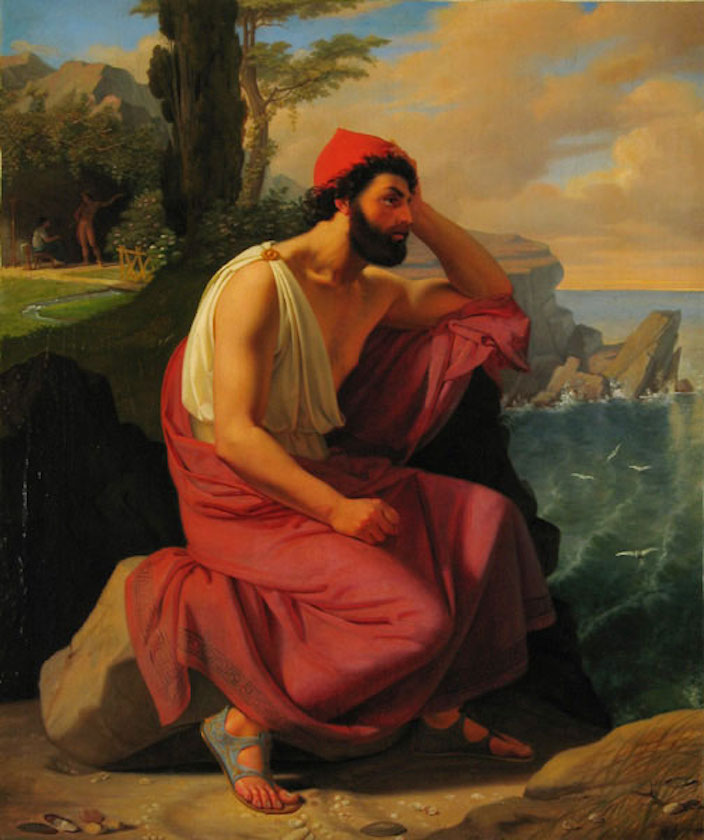 A small part of the frieze of an ancient Greek tomb is shown.

Hospitality was genuinely offered, with no expectation of payment in return. However, generosity was not to be confused with being taken advantage of. Odysseus demonstrated this when he removed greedy suitors from his home in Book 22. 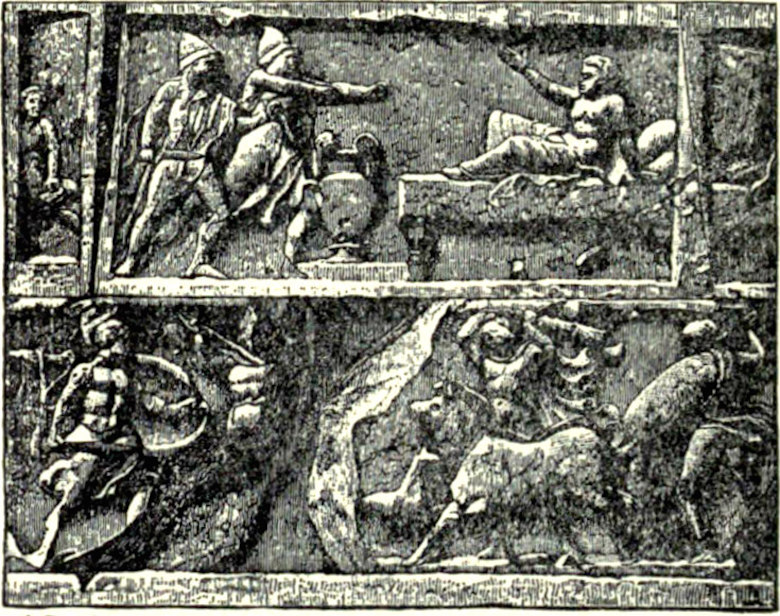 Literature to Study the Past

The message of Book 9 of The Odyssey is quite clear. In order to be a good citizen, it was necessary to act like Odysseus. To avoid being considered a barbarian, it was vital to shun behavior attributed to the blind and ignorant Polyphemus. Homer’s Odyssey may not be useful in extracting historical information, but it is an invaluable source for recreating the cultural environment within which Ancient Greeks were expected to conduct themselves. 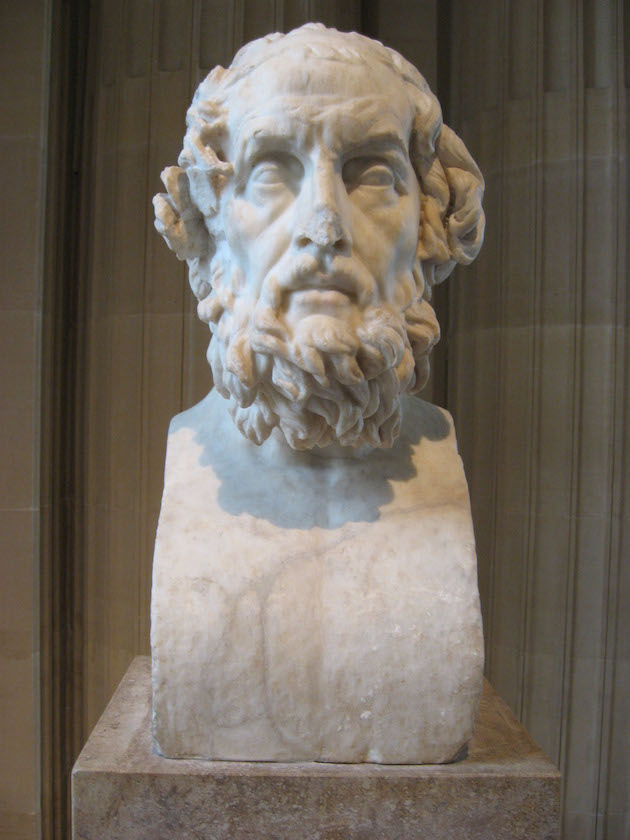