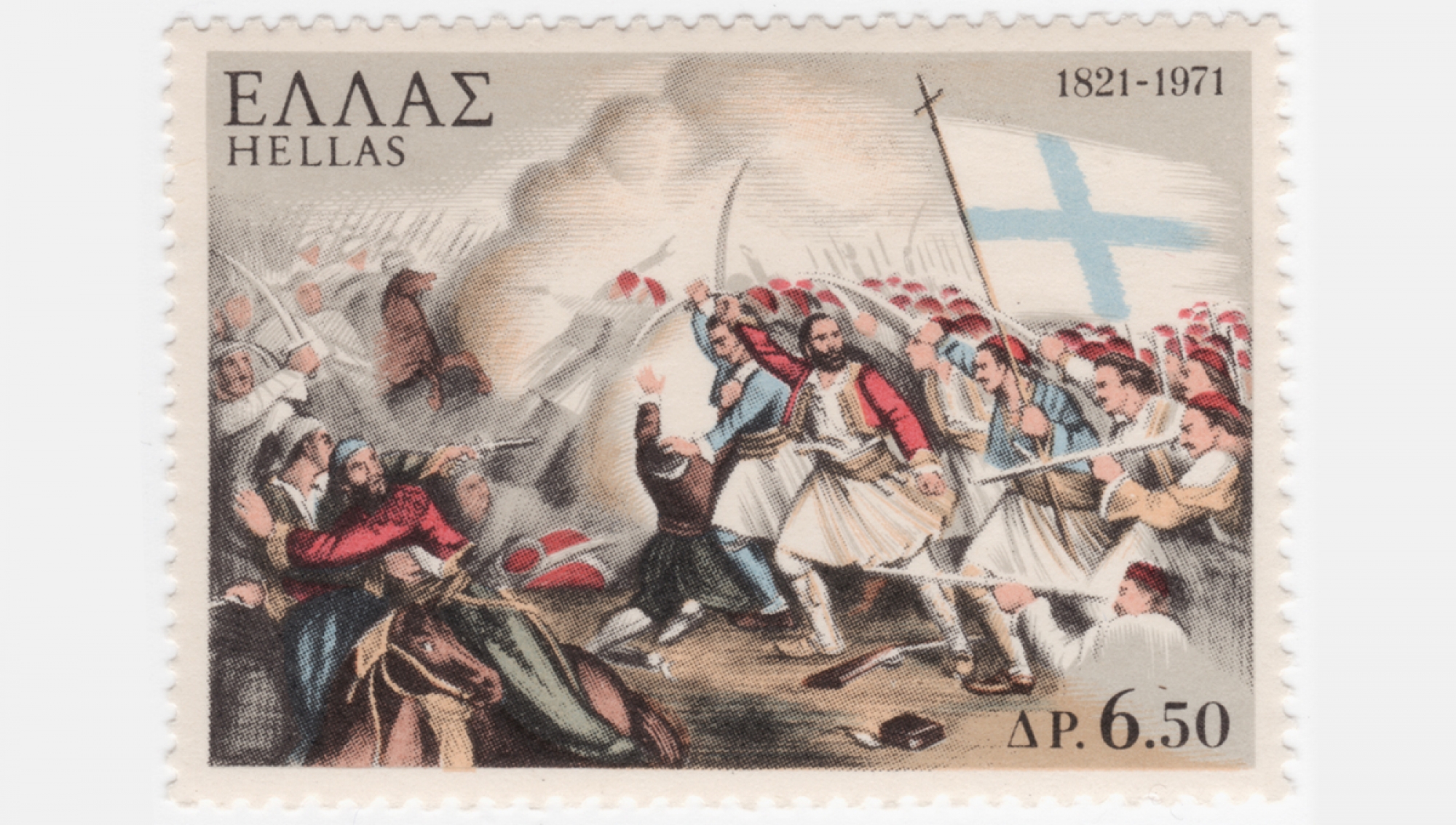 On March 25, 1821, after four centuries of occupation, Greece declared its independence from the Ottoman Empire and embarked on a revolution for its freedom. After years of brutal battle, Greece’s independence was formally recognized in 1827 via the Treaty of London. The terms of the Treaty ensured support (including force, if necessary) from the Allied Forces (Britain, France and Russia) to ensure Greece’s freedom.

By 1829, the War would come to an end and in 1832, as agreed to with the Allies, Prince Otto of Bavaria was named the first king of the modern state of Greece. It would not be until 1913 that Epirus, Macedonia, Crete, the Northern Aegean Islands and Western Thrace would be incorporated into Greece.

As Greece gained its independence and worked towards establishing a modern state, it began to establish necessary governmental institutions. The Hellenic Post was founded in 1828, the same year as the Hellenic Army and the Hellenic Navy were established. Hellenic Post delivered mail throughout Greece and then began issuing stamps in 1861. Through the next century, which saw growth, and challenge, for Greece Hellenic Post played a key role in society and business.

Greece’s Hellenic Post was also among the founding members of the General Postal Union (Universal Postal Union), a specialized agency of the United Nations that coordinates postal policies among member nations, in addition to worldwide postal services.

In 1970, Hellenic Post acquired the status of a legal entity of private law, under the title ELTA. The following year, in honor of the 150th anniversary of the War of Independence, ELTA issued three special series commemorating the battles of the Greek Revolution. Y. Belissaridis and P. Gravvalos curated the collections.

We are pleased to share this commemorative philatelic collection that highlights some of the great battles that brought Greece her Independence.