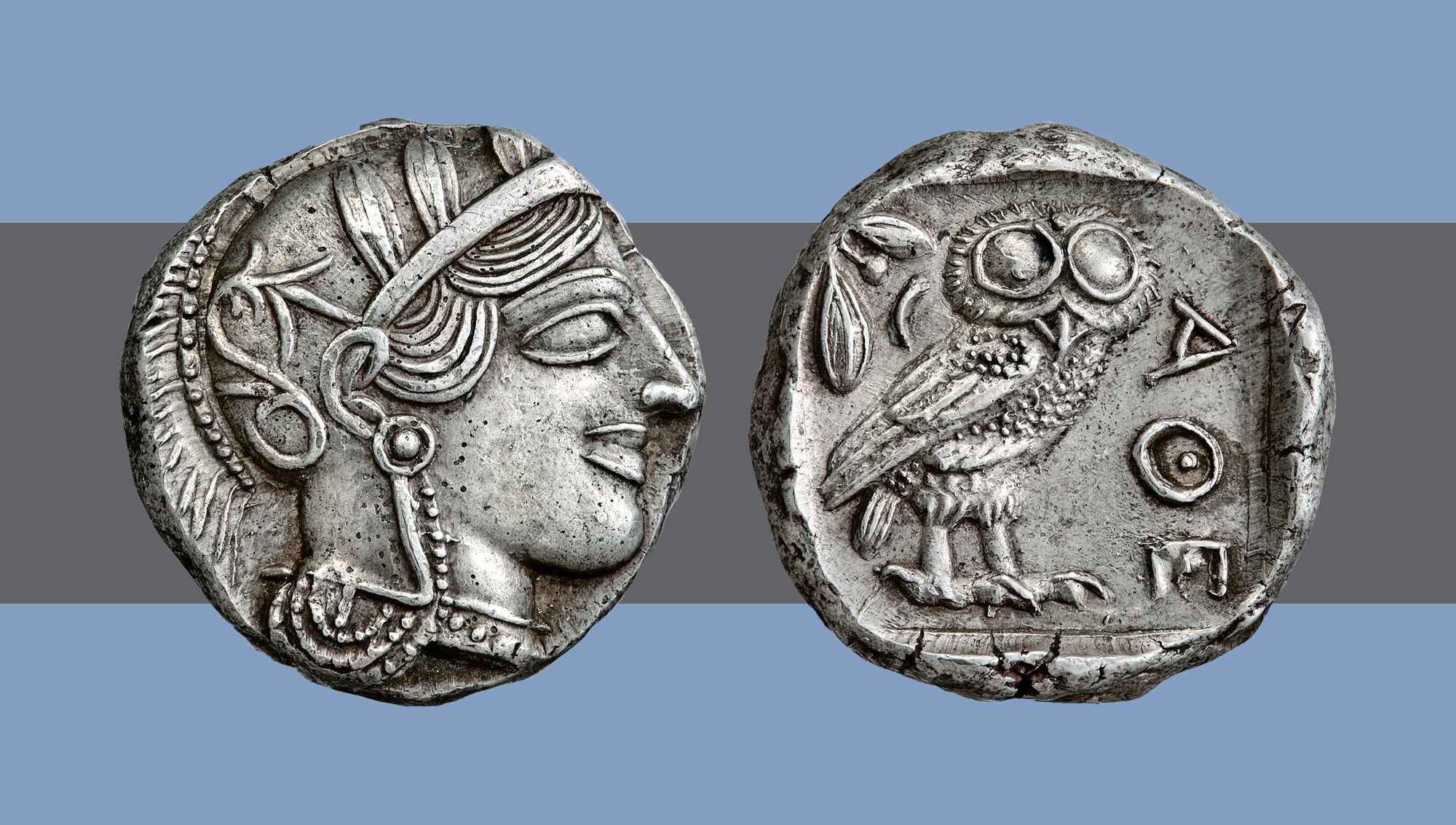 Athens, the most important city of classical antiquity, is considered the cradle of social and political reforms, the centre of the arts, letters and creativity. It was the birthplace of Solon, Pericles, Socrates, Plato, Aeschylus, Euripides, Sophocles and many other personalities whose work established Athens as the hub of cultural and intellectual life in ancient Greece.

It was in Athens during the 6th and 5th centuries BC that Democracy, the political regime which guarantees fundamental human rights and is the basis of what is known today as “western civilization”, was born and took root.

This very powerful city-state also played a decisive role in the history and development of coinage, by introducing, some 2,500 years ago, innovations in coins that to this day constitute basic rules for their legal circulation.

In the 5th century BC, the “Golden Age” of Pericles, Athens issued tetradrachms which are known to history as “owls”. With the rapid expansion of the Athenian State, “owls” soon spread beyond the city’s borders and were used widely in international transactions. The prestige and the credibility of the issuing authority contributed to the global acceptance of these coins and the Athenian “owls” were established as the strongest international currency of antiquity for five consecutive centuries.

To see details of this exhibit, we invite you to visit ALPHA BANK CULTURE