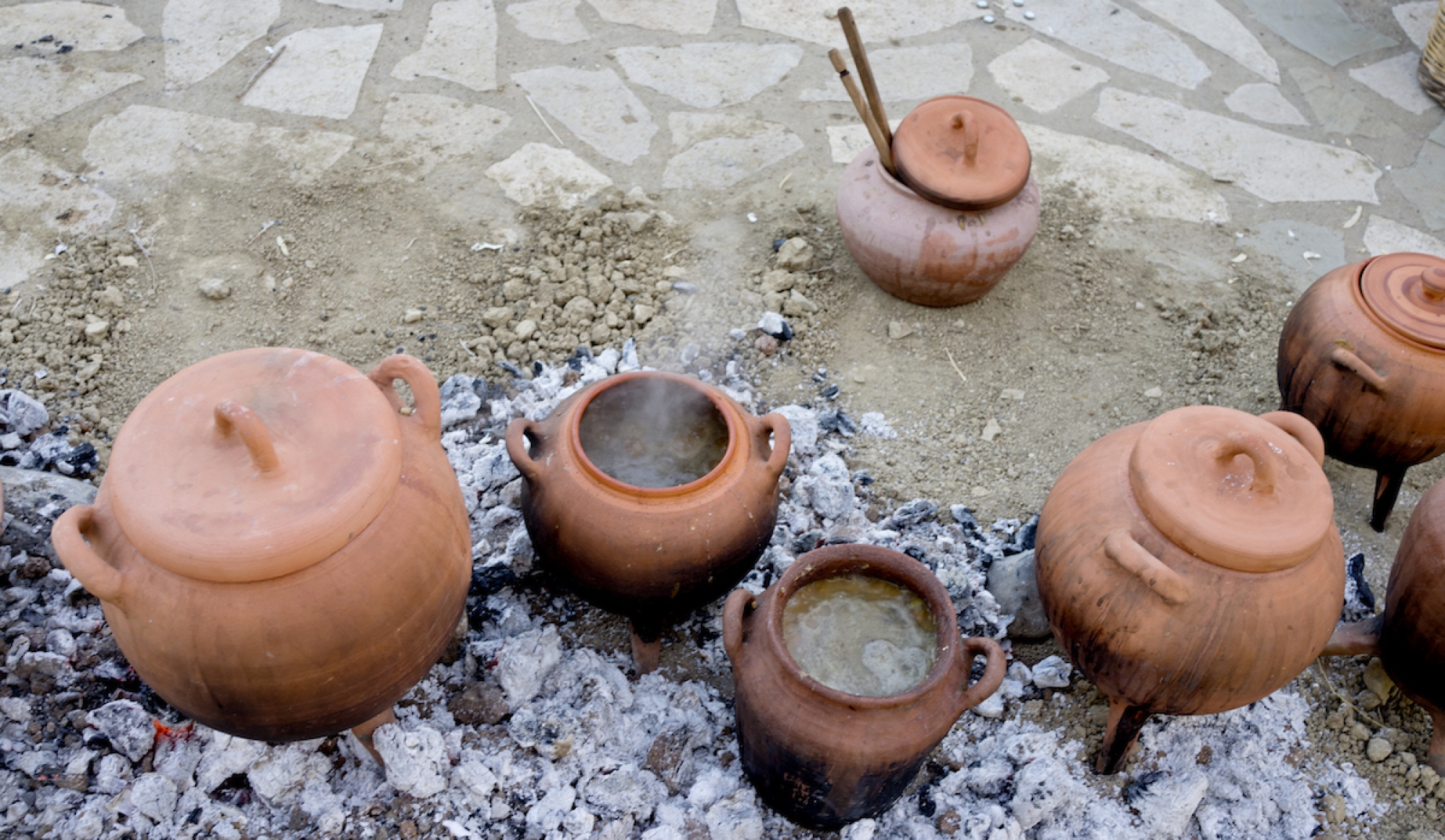 Archaeologists explore how ancient people lived and worked during the Middle and Late Minoan period (ca. 1900—1100 BC) by dissecting the everyday activity of cooking. This goal is achieved by combining knowledge gained from archaeology, anthropology, biology, pot-making, and cooking. For example, archaeological and environmental data aids in determining the types of food cooked in ancient pots, as well as identifying the ancient cooking tools. Practical skills, such as pot-making and cooking provide a hands-on means of testing hypotheses about how the ancients organized their kitchens.

The Minoans cooked their food over an open fire in both indoor and outdoor spaces. Many ancient kitchens had circular stone hearths that could be modified and moved from one location to another, rather than permanent build stone, or mud brick structures. It was also common for people to prepare food in communal-type spaces where people also performed other sorts of activities, such as weaving.

They used tripod cooking pots, cooking jars, large oval-shaped cooking dishes with a broad spout, and small grills. Archaeologists determined that these portable artifacts were used to cook food by examining the contexts in which they were found, the food remains found inside and near the vessels, and the black marks on the vessels that were produced by burnt foods and the hearth fire.

The variety of cooking pot shapes suggests that ancient people used more than one technique to prepare food. For example, the closed, bowl-shaped body of the tripod cooking pot and cooking jar allowed watery soups or thicker stews to simmer over a hearth fire. The more open shaped cooking dishes and grills allowed people to sauté or grill meat or sea food. People could have baked flat breads or fried pancakes on the surfaces of the cooking dish or grill. Stone grinders and bronze knives where also used to prepare food. Using grinders people ground grains, legumes, and pulses to make flour, and spices to season foods. The blade of the bronze knife would have been sharp and strong enough to cut the meat off the bone and into different cuts, as well as collect and prepare seafood from the shallow coastal waters.