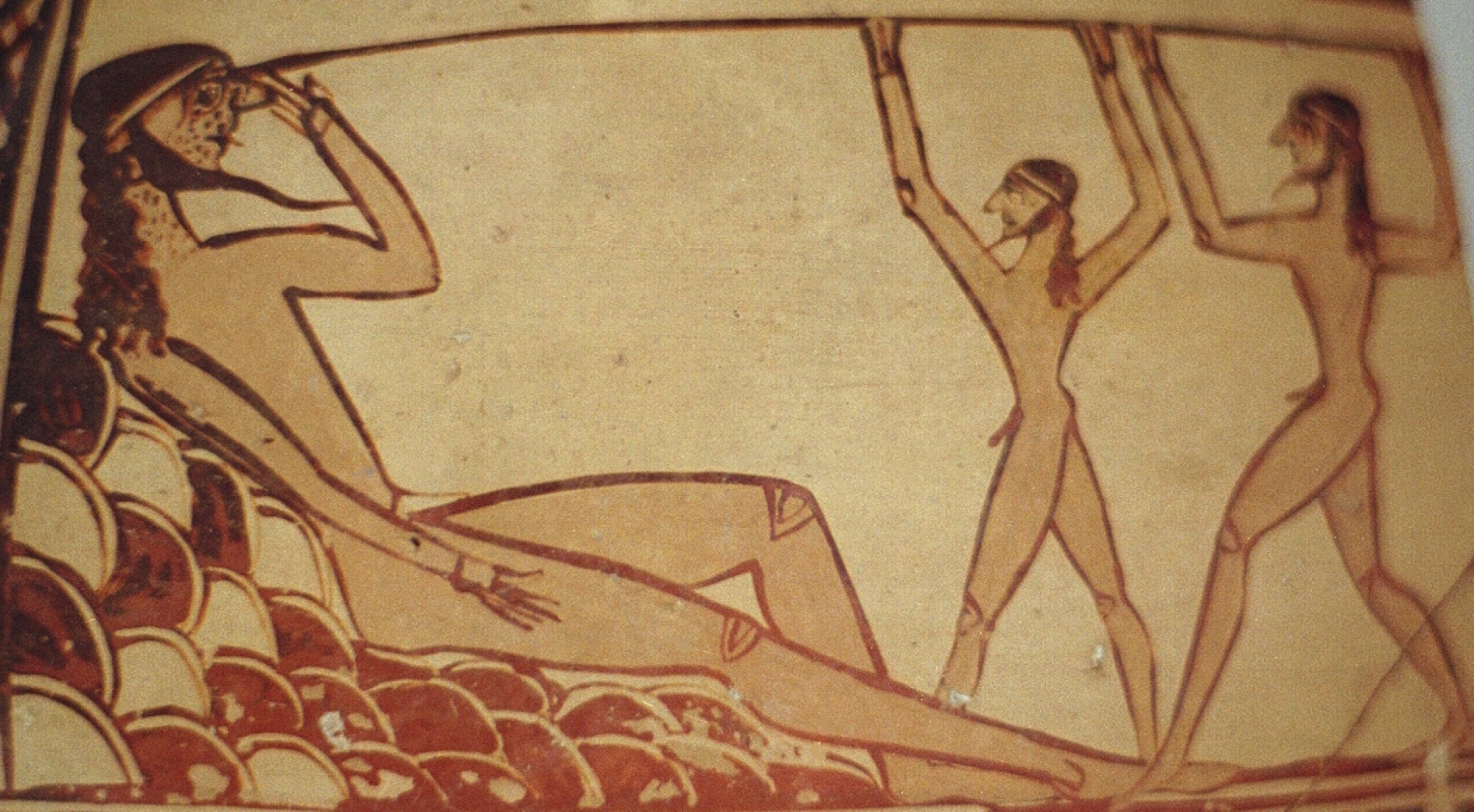 One must first consider the time period of an author to fully understand any literary source. Following the collapse of Mycenaean society, there was a repopulation of large tracts of the Greek countryside. This had a foreseeable impact on the future of Greece: the tribes organized; the Dorians inhabited the Peloponnese, Crete, southwest Asia Minor, and its offshore islands; the Ionians claimed Attica, Euboea, most of the Aegean Islands, and the central coast of Asia Minor; and finally, in the north, the mixture of people called the Aeolians occupied Lesbos and northwest Asia Minor. Most of these peoples concentrated in their own areas, with room to spare. These clustered regions evolved and formed the city-states Homer wrote about in The Odyssey.

Homer wrote The Odyssey around 700 B.C., after the fall of Mycenaean influence in the Mediterranean. Homer, one of the most prolific writers in ancient history, wrote a story that was both entertaining to all levels of society and stylistically beautiful. The Odyssey consists of 24 books recounting Odysseus’s journey home from the Trojan War. Book 9 of The Odyssey tells the tale of Odysseus’s adventure with Polyphemus, the terrible Cyclopes.

In Book 9, Odysseus and his men land on the island of the Cyclopes. They are tempted by the smell of meat and food and enter a cave. They sacrifice an animal to Zeus. Polyphemus returns, finding a missing sheep and the men. Odysseus tries to reason with Polyphemus, and to be a good host so as not to be punished by Zeus. Polyphemus curses the gods, and eats two of the men. Odysseus attempts to trick Polyphemus by telling him that his name is “Noman.” For the next day and a half, Polyphemus gorges on the men two at a time. The Greeks devise a plan. They stab Polyphemus in the eye. Polyphemus calls upon his fellow Cyclopes to help him. He proclaims that “Noman” is harming him. The other Cyclopes think that he is going mad. The Greeks flee to the safety of Odysseus’s ship on the underbellies of the sheep. As they are leaving, Odysseus proclaims his true name to Polyphemus, and Polyphemus remembers a prophecy wherein a man named Odysseus blinds him. He throws part of a mountain into the ocean to bring the ship back to shore, but the men are able to escape once again. Another stone is thrown, which sends them in the direction of their next adventure.