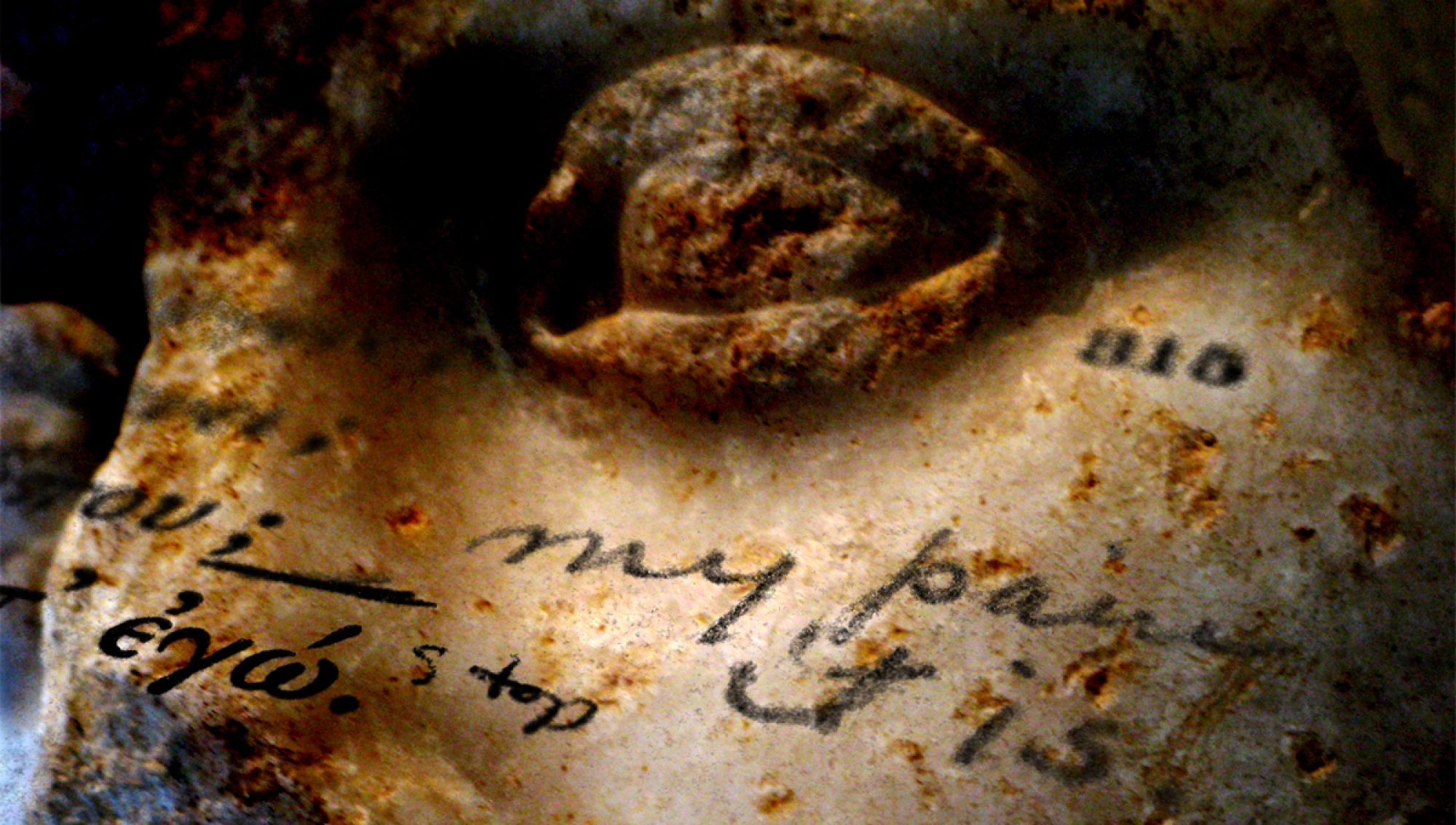 Marginalia – Silent Conversations with the Past

Andrea Eis: Marginalia – Silent Conversations with the Past

Andrea Eis’s art has, for years, been saturated with Greek language, culture, art and landscape. While living in Athens in 2008, Eis found books of ancient Greek texts in which Meta Glass, a classics Ph.D. student at Columbia University, had written her name, dates from 1909-1911, and marginalia in English. Eis, who had majored in ancient Greek in her early college years, found an expressive intellectual dialogue in Glass’s words, as well as a resonance with contemporary life. The tiny black script in the books may be marginalia, but to Eis, it is far from marginal. Glass’s writing and the Greek texts tie us together through universal expressions of human emotion and experience. Is “balance” possible? Is power “beyond all question”? Is Antigone’s “pain” ours as well? Eis sees these works as a dialogue – with Meta Glass in the early 1900s, with the Greek writers and artists from over 2000 years ago – and with the viewers who see these works today.

ANDREA EIS is an artist and filmmaker, born in New York City in 1952. She received her BA in classics and anthropology from Beloit College, her BFA in film, photography and video from Minneapolis College of Art and Design, and her MFA in photography from Cranbrook Academy of Art.

She has exhibited widely, including solo exhibitions at Grace Teshima Gallery, Paris; International Center for Hellenic and Mediterranean Studies, Athens; and Sweet Briar College, Virginia. She has also exhibited her photographs in Shanghai and Budapest and across the United States, and shown her films in Athens, Rome, Stockholm, Edinburgh and Toronto. Her book, Ancient Finds, is carried by Printed Matter in New York City.

She is Professor and Director of Cinema Studies at Oakland University in Rochester, Michigan, where she has taught since 1983.