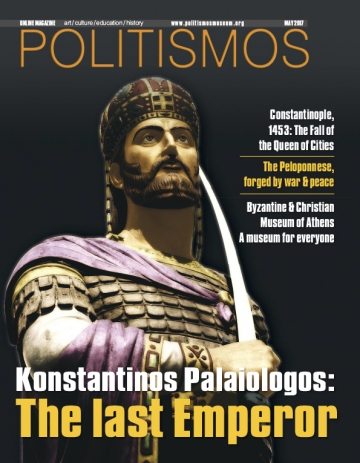 This month we look back in time to the glory of the Byzantine Empire, from simple wonders like the cuisine of the time to the last Emperor and his valiant attempt to hold the great city of Constantinople. The era is a great and rich one in Greek history and we also share some recommendations of excellent books which further explore various aspects of the time. We also journey to Morea, where the yoke of the Ottoman occupation was finally broke some 368 years later. To walk in Greece is to walk on history - and while there are many winding paths and roads, in some way, they eventually all meet.. creating the magical and majestic story of Greece and its people.