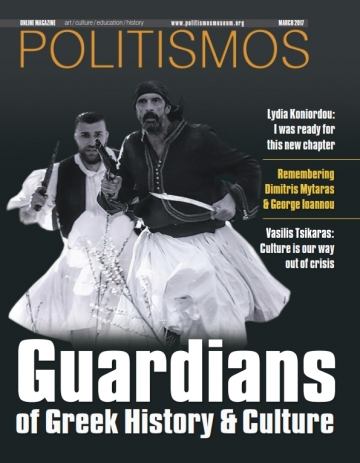 We are excited and privileged to share with you this month an interview with the Greece’s new Minister of Culture, Lydia Koniordou. Appointed in November of 2016, she has taken the reigns of a department that oversees the protection of Greek culture - no small task for a country that has tens of thousands of years of documented history, culture and tradition. We wish her good fortune, not only for her, but for all of Greece and its amazing treasures.

We also had the opportunity to speak with Vasilis Tsikaras, director of the film EXODOS 1826, the first film made in over 46 years about Greece’s fight for independence from its Ottoman occupiers.