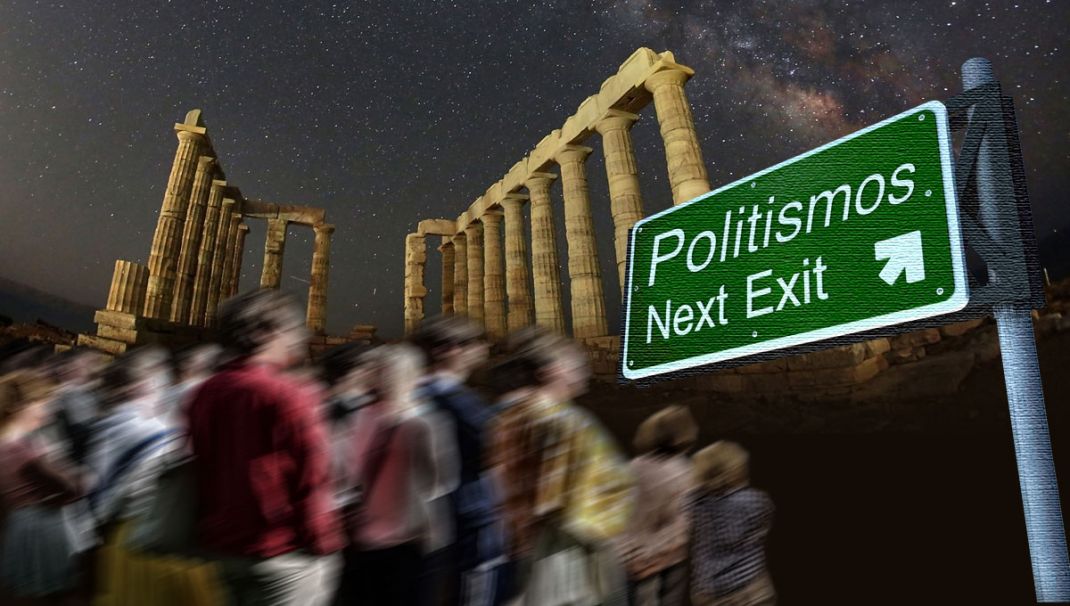 With a 21st century online format, POLITISMOS gives visitors the chance to explore Greek history and culture, from antiquity to modernity, from the comfort of their computer, tablet and even their smartphone. POLITISMOS has an online presence and also hosts in our hometown of Sacramento, California a variety of pop-up exhibits, lecture series, children's programs, all of which are curated by experts from both the US and Greece.

We invite you to explore the country and history through this exciting online experience!

Politismos is the Greek word equivalent to “civilization” and “culture.” The term derives from the word “polis,” as related to “politis,” which means citizen. Throughout time, the Greeks have achieved extraordinary feats in various fields, including science, philosophy, arts and education and have approached intellectual and moral refinement. Thanks to the development of modern civilization (politismos), a high level of culture and science has been reached, passed onto modern society as a legacy.

Politismos means culture. It symbolizes the principles of morality and aesthetics and signifies the progress of aiming to “spiritually” cultivate individuals living in modern society. It has influenced people to develop diverse cultural traits within the framework of plurality and globalization. The Greek spirit has played a role in the enrichment of ancient and modern culture, its contribution is undeniable. Greece has achieved a wealth of accomplishments in architecture, literature and in almost every aspect of cultural activity.

For these reasons, when the name for the endeavor was considered, “Politismos” was the sole thought. It is a term related to the Greek spirit and to overall cultural progress. Moreover, as politismos (civilization) is characterized by a diversity of cultural traits, so is Politismos Museum of Greek History. The goals and endeavors that the Museum will take on expand to a variety of fields. And, as culture never ceases to advance, neither will Politismos Museum of Greek History.